Tony Latham is a specialist in the production of a variety of media materials, especially film. Uniquely for media consultants, he not only writes, films, edits and narrates the commentary for most of his own films, but writes drama stories for radio, and designs print materials. Tony owns all his own equipment to see  productions through to completion. The films made can be shown on YouTube to give access to all, plus distributed and stored on mobile devices.

Tony started his overseas career as a volunteer (VSO) in Africa, after working for the BBC producing news film for many years. This led to a consultancy appointment with the British government for three-years based in Africa, and then employment as a UNESCO consultant for another three-years. Following this, Tony returned to the UK to become Director of Overseas Film Production and a Board Member of a UK company, during which time he was responsible for making over 100 films in Africa, funded mainly by the World Bank, EU and the Nigerian River Basin and Rural Development Authorities. He became an independent consultant and filmmaker in 1983, working on projects funded by the World Bank, Asian and African Development Banks, EU, DFID, Unido, IFAD, The Ford Foundation, ICI Agrochemicals, private companies and organizations and a variety of overseas governments. 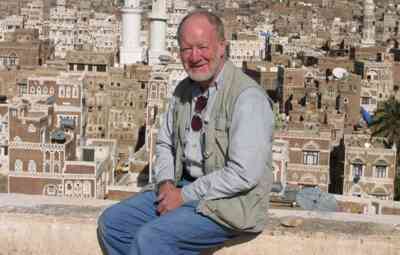